While using geospatial techniques we seldom consider using it to map languages, even though it is still a phenomenon that takes place and varies through space and time. Maps are incredible as they are capable of delineating the words we speak.

As for the words we speak, some have been lost in time and some are at the brink of extinction. A language is endangered when its speakers cease to use it, use it in fewer and fewer domains and use fewer of its registers and speaking styles and/or stop passing it on to the next generation. “When humanity loses a language, we also lose the potential for greater diversity in art, music, literature, and oral traditions,” says language activist Bogre Udell.

Even in Bangladesh 5 languages are exposed to endangerment. ‘Kokborok’, ‘Bishnupriya Manipuri Creole’, ‘Kurux’– languages are Vulnerable; ‘Bawm’ is Definitely Endangered and ‘Sak’ is Severely Endangered. Other countries of the Indian Subcontinent have lost or are in the path to losing very many languages. India alone has lost 189, Nepal 71, Pakistan 27 and counting. While our subcontinent is known for its diversity in language, culture and literature, the loss of this many languages could plunge that reputation.

Between 1950 and 2010, 230 languages went extinct, according to the UNESCO Atlas of the World’s Languages in Danger. Today, a third of the world’s languages have fewer than 1,000 speakers left, the total number of endangered languages in the world being 3074. Every two weeks a language dies with its last speaker, 50 to 90 percent of them are predicted to disappear by the next century.

“Every two weeks a language
dies with its last speaker, 50
to 90 percent of them are
predicted to disappear by the
next century.”

Reasons for this could be the need for a single language that’d allow communication with the administration, working conditions or political persecution. UNESCO experts have identified nine that should be considered together – intergenerational language transmission, absolute number of speakers, proportion of speakers within the total
population, shifts in domains of language use, response to new domains and media, availability of materials for language education and literacy, governmental and institutional language attitudes and policies including official status and use, Community members’ attitudes toward their own language and amount and quality of documentation.

Mapping phenomenon brings the inconsistencies within them to light, same goes for languages. While we are becoming globalized and getting familiar with speech around the world many resonating languages are suffering due to the native speakers not being able to keep up with it. GIS could be an impressive tool to demarcate and indicate such areas in attempts to at-least preserve our lost
words.

“The countries that were already
developed or had undergone
rapid development or were
heavy in tourism were the ones
that were more prone to
language endangerment.” 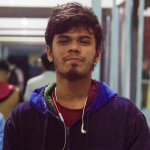